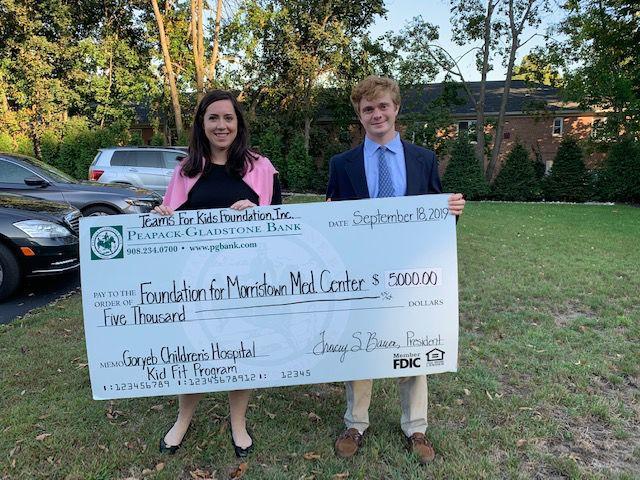 Leo Scotti of Long Valley, right, is the 2019-20 student director of the Ambassador Program of the Long Valley charity “Teams for Kids.’’ He presents a $5,000 check to Jane Harrington-Noonan, with the Goryeb Kid-Fit/Kid-Fit Med Program at Morristown Memorial Hospital.
Photo by Teams for Kids

On Sept., 18, the foundation presented a $5,000 grant award to the Foundation for Morristown Medical Center for its Goryeb Children’s Hospital’s Kid-Fit Program. The funds will be used to enable children and adolescents participating in the-Fit program to get involved in organized sports and other recreational activities to help reach their health goals.

Teams For Kids Foundation Inc. was formed in 2014 by Abby Bauer, who was then a sophomore at West Morris Central High School. She realized that children of homeless and working poor communities were denied the opportunity to play and gain the benefits of competing in sports and being part of a team because of their family finances.

“Teams for Kids” is the only non-profit of its kind that raises funds to enable disadvantaged youth in New Jersey to play recreational sports. It has awarded more than $40,000 in grants and benefited more than 100 children residing in homeless shelters, emergency, transitional and affordable housing facilities, or children who otherwise qualify for public assistance.

In summer 2017, Abbie’s younger brother, Andrew Bauer, reached out to high schools for student-athletes who might want to be involved. He connected with fellow ice hockey players and athletes in other sports in camps and clinics of past years. He found through friends and friends of friends a group of athletes interested in being part of an ambassadors program.

The ambassadors come up with fund-raising ideas they could share with each other students at their schools. Each student also received a kit with information about “Teams For Kids,” wristbands, water bottles, helmet decals and donation boxes. They will also eventually determine where their fund-raising dollars should be spent.

Leonardo Scotti (Seton Hall Prep 2020) of Long Valley is serving as the student director of the Ambassador Program for the 2019-20 school year. He presented the $5,000 check to Jane Harrington-Noonan, a registered dietitian nutritionist with the Goryeb Kid-Fit/Kid-Fit Med Program. 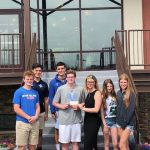 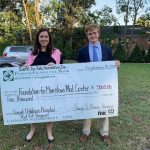 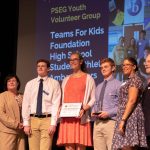 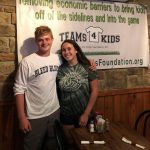 Thank you to everyone who supported cousins, Leo Scotti and Nikki Harrington in their first fundraiser at the Old Mill Tavern in Chester. A good time was had by all and over $1200.00 was raised. We will be able to help a lot of kids off the sidelines and into the game with that money. A special thank you to John Butkus, Denise McCrone and Karaoke by Leeanne. Stay tuned for more fundraisers around town. ? 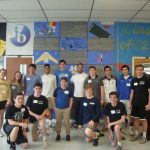 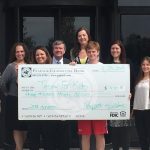